Today at 0:04 by Barbecue Weasel

I set up the TCR European IndyCar series to give drivers in the UK and European time zoned areas a chance to race the Indy Cars who are unable to do the U.S series due to it being too late for them, I've spoken to some drivers and they've said it's the day it's on (Thursday at 9:00 UK Time zone) that makes it unable for them to race.

Here is the link: http://forums.theonlineracingassociation.com/f499-tcr-european-indycar-series

I think the timing of the series has affected the sign ups. With the VAG trophy, V8 supercars, World GT's and a few other series receiving the bulk of interest, maybe a delay in the starting of the series will gain interest. for example, the VAG cup will only have a couple weeks left before the series is done. Then the Indy Car series could rob a Pitlane spot on a Tuesday night? 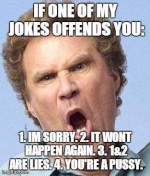