Hey! My name is Brad and I finally joined after racing with guys from RORA/OPPO for a few months. I might participate is some of the series, but mainly looking to do the kind of one off events right now. I've also became known as the resident weeb (I'm not even that bad).

I guess some backstory - I have a bit of real life racing background. Its mostly Saturday Night Dirt Track stuff. My dad got back into racing in 2004 when I as 9, and we traveled most of the Indiana-Illinois areas with his car. When I turned 14 I got my own Pure Stock. I crashed it that night haha. We rebuilt it and I raced it for 4 or so years wile in high school. Had to get rid of it after that.

Other than that I have been playing racing games since Nascar 98 on my PS1, and got into Forza with FM4. I also play a little bit of AC, F!, etc. on my PC.

If you have any questions about me feel free to ask! I'll see you guys around the middle of the pack (hopefully)! 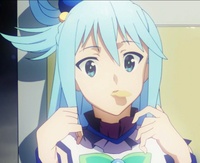 Seeing your #1 racing game, TD EoD, I'm hoping Wreckfest is just as good, and has good online multiplayer capabilities. If it does, there's a great chance we'll be doing things with it here on TORA.

Hi and welcome to TORA!

Welcome! My name is Brad too!

Similar topics
» Kenora!!! Yesh! *Good News And Bad News*
» Pupil ME and get a Good Brute(DE,COM)
» Hot Toys TDK. thanks again good doc.
» Any good stores in the Gold Coast?
» How Good Is My Brute?