Yesterday at 19:38 by CQR The Butcher

Description by VPR AnonCaliga: During the formation lap Mischief ran into the rear of my car several times then on race start, race lap one, as I approached the first right hand bend at Les Combes LMP Mischief slammed into the back of my car causing me so much damage that I lost places and ended up at the back of the pack. I then had to crawl around the entirety of the circuit to make an early pit stop for repairs which then caused me to become further behind the rest of the pack thus I then spent the rest of the race trying to play catch up. LMP Mischief didn't apologise and simply carried on with his race. Toward the end of the race I had managed to reclaim my starting position which mean't LMP Mischief was once again behind me. After a pit stop by Mischief he came out behind me and on two occasions within the same lap he made contact with the back of my car, I feel in attempt to spin me out so that he could pass. I know several others had issues with Mischief in this race and to be honest every time I race in the same lobby with LMP Mischief, regardless of the series being competed, I either have issues with LMP Mischief crashing into me or others in the same lobby have issues with him racing dirty.

Can provide further evidence if required as corner was cut on lap 4 and 5 also.

Description by Weekes722: Jumped the start and was racing before reaching the line. Made 4 positions before turn 1. Consistantly cut Eau Rouge and Raidillon and each lap to gain an advantage

Description by VPR AnonCaliga: Having collecting footage for a previous SI I also noticed LMP Mischief can be seen in the replay footage continually & deliberately cutting the Eau Rouge & Raidillion sections of the Spa circuit over multiple laps. There was additional instances of this cutting however footage cannot be supplied for this due to Forza's time limitation on saved replays.

Evidence: There are replays and photos on my feed of both incidents. I can submit these too a TORA member through discord if needed.

Description by RMS Stag: Incident #1 Entering the corner with no name, I was hit causing me to spin, in my eyes this could have been avoided by the other driver and Could have been dangerous to the rest of the field as I wasn’t punted...just span straight back into the traffic flow. I have numbers of clips and Photos.

Incident #2 On lap 23 (Second racing lap) the same driver launched himself from 140ft back coming into the bus stop, luckily I had seen him and just managed to avoid the ridiculous lunge. Had I not of seen him I would of been toast, I felt like I was in an endurance GT hopper on JSR Devon idiots of the week to be honest. I also clipped this. He then blocked me from the left of the chicane because he couldn’t stop.

I understand these could be seen as racing incidents but at the same time they’re not what should be happening. Both could have been much much worse had it not been for my actions and the actions of others in the lobby. The second incident was ridiculously dangerous and very uncalled for and unfair as this stopped me from securing a podium. I am also aware it’s only C lobby but please C lobby for some is A lobby for others and for me I take every lobby as if I’m in A lobby. I hope this is seen as dangerous driving and a penalty is awarded. It could have been much much worse.

Description by SVR Bradders: I was chasing ETR relentless and I was catching him. I was less than a second behind when I pit. He stayed out for 2 extra laps. During those 2 laps was going faster than what I had been before pitting and was hoping to be ahead of him if not really close when he exited the pits. Instead he’d gained about 3-4 seconds on me from entering the pits by cutting the corner

Description by VPR Mutley: Marshmello crossed over the paint onto the pit exit lane to overtake. 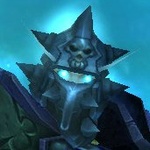