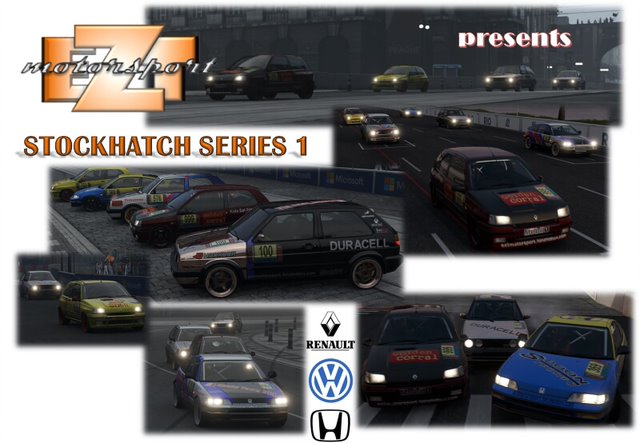 What do you get when you take your favorite little hatchback daily driver, add in some horsepower and some suspension parts, and throw out the back seat and the spare tire?  That's right, StockHatch!!  EZT Motorsport is excited to announce the return of a classic series.  Running a full five seasons at Virtual Motorsports, multiple series at a number of other venues spanning FM3 through FM7, StockHatch was always a popular series that offered great racing and the most fun you could have in a grocery getter.  After a hiatus of several years, the team fired up the computers and began building and testing cars.

EZT Stock Hatch Series 1 will feature three of the hottest hatchbacks on the circuit:  the 1992 VW Golf Gti 16v Mk2, the 1993 Renault Clio Williams, and the 1991 Honda CR-X SiR.  The build specifications for this edition will be B-547 maximum PI, 200 maximum horsepower, and 2,000-pound minimum weight with the actual build up to each driver.  Will you go for pure speed?  Or great handling?  Or a blend of both?  Each car has multiple build possibilities for drivers to discover and test to the find the all-important combination for ultimate success! 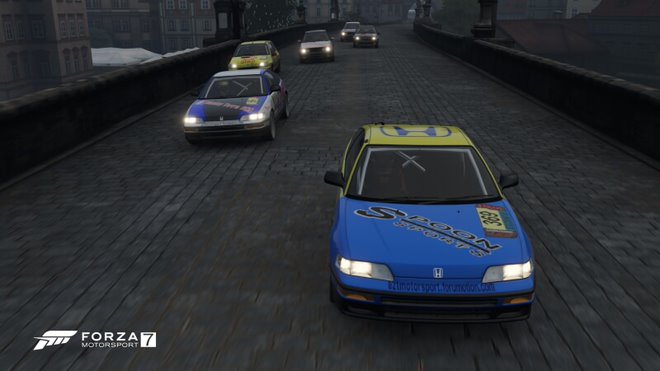 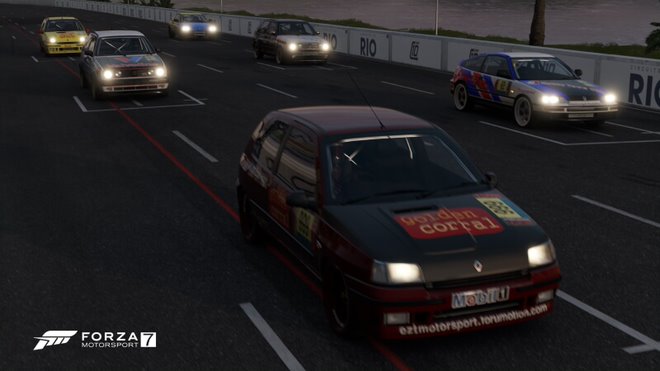 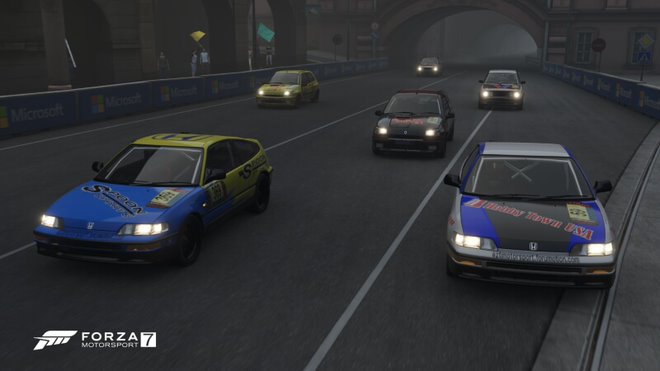 This eight-week series will feature a variety of tracks and environments.  Starting in the heat of Dubai, the series then shifts to slightly cooler temps under the lights at Yas Marina.  From there we really cool things off with a trip around the Bernese Alps circuit.  Looking to warm back up, we travel to sunny Italy for a ride around Monza.  Moving back to this side of the pond for the next four weeks, drivers will be racing at iconic American tracks at Lime Rock Park, Maple Valley, Miami Homestead, and the finale at Circuit of the Americas.

For this event, there will be three championships on offer to the drivers.  All drivers will be entered in the Overall Drivers Championship; but, based on their own individual circumstances, they will either enter the Teams Championship or Privateers Championship as well. 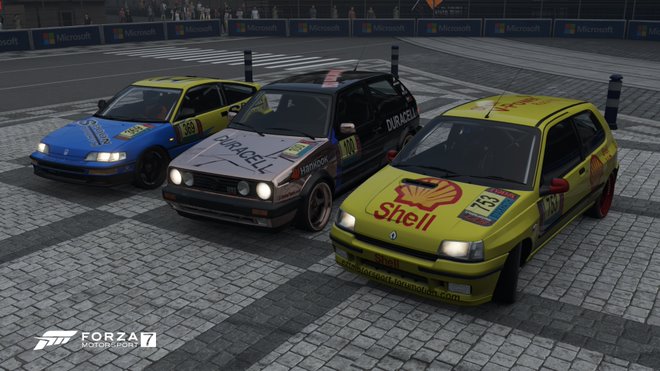 If you want to get involved or learn more, follow this link to the EZT Motorsport StockHatch Series 1 section!