Yesterday at 10:39 by Koenigsegg R

Yesterday at 10:17 by Koenigsegg R

The Staff have known about this for a bit but I'm in the unfortunate position at the moment where I am unable to continue doing my TORA role for the foreseeable future.

This is just for your information as to why some people may wonder why I am not around or answering PMs and such regarding events, or running series and preparing for the next series.

Personal life and all that has made my spare time quite short, and I now feel unable to work on TORA as I have done in the past. Many people on TORA whether it be Staff, CT, Stewards, Marshals or Members have all taken some personal time out over the last 7 or so years TORA has been on the go and now it is my turn to take a bit of a break. I'm hoping to be back and active once again later in the year, but for now I will be taking a major step back from the day to day running of this site. It's been an amazing 7 years, but I need to concentrate on myself just now and not have to worry about the goings on in TORA.

Hopefully I'll make a race or two over this period, but I'll never be too far from the Xbox and hopefully I'll be on some racing sims on the PC in the not too distant future.

It's been fun, but sometimes we've just got to concentrate on the things that matter most.

Best of luck to you in your future endeavours!!

Definitely a sad day for TORA.

But I can completely sympathise with you mate. I think having a break is definitely the best thing to do when your life is extremely busy and you hardly have anytime to catch your breath. However, you'll probably experience a real craving to return back as soon as you might feel at this present time.

Best of luck though dude. Don't be a stranger and keep in touch with us all

Take care dude I speak for everyone here that you have done an outstanding job here for that thank you!

It was great meeting you at Britcar. =)

Big loss but everyone needs a break now and then
Don't be a stranger!

Go grab yourself a very well deserved premium malt beverage of your choosing. You have earned it my friend.

I know how you feel, Richy. Sometimes I'm gone 14 hours a day between work, college classes, and other odds and ends that need to be addressed, even in the summer. However, I still manage to poke my head around here once in a while and sometimes show up to weekend races, so hopefully you can do the same! 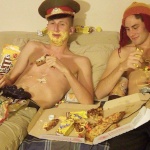 Ah, shame mate. Hope to see you back in the fray soon.

See you on the flip side Richy, I for one appreciate everything you've done here.

Thanks for the support, will be quite a change but hopefully it doesn't last too long.

Have to say you're one of the friendliest and most approachable staff members here so it's sad to see you go. Stick around on the forums though, we don't want you to become a stranger!

Take care Richy, hope to see you back soon mate 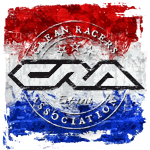 Similar topics
» Exactly how does "Leave a Tip" work?
» Never take ONO as your internet provider if you go to spain...
» What level to gift the palm leaf?
» Tip or Wake, that's The question