The final round of the fantastic inaugural Pro GT Championship was to be held at the iconic Spa Francorchamps, a track covering 13km that snakes through the Belgian Ardennes forest. Team news prior to the event was that team manager Sam Evans would be stepping out of the driving seat for the final round, and stepping aside instead to the pit wall, allowing his three drivers to do the work on track. Hayden Thompson was a very unlikely signing for RaceART Competition for this series, and it was likely that he would be moving on after the race had finished, so this would be his last race in a RaceART car, which was a huge shame for the team, for whom Thompson had done a stellar job and had helped the team onto a podium finish already.

In qualifying, Thompson did the business again, and unlike at Silverstone, he managed to hook together a much better lap, and at the time had put himself in second position provisional, behind LMR Red Dragon driver Collin Barring by less than half a tenth of a second. There he and RaceART would stay until the final day of qualifying, where Dany Gower put in a blistering lap to take pole with the only lap in the 2 minute 15's. Patrick Schiwitz was yet again unable to qualify, and Alex Davis-Loades had started to find a balance to his car after struggling for consistency in his BMW all week long. 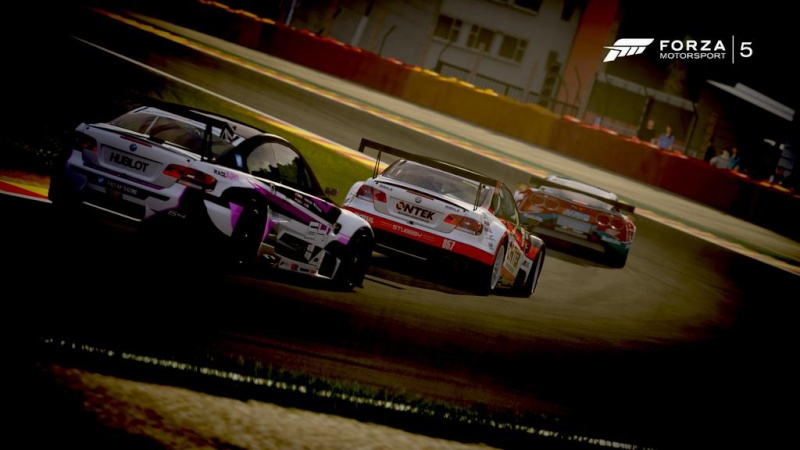 As at Silverstone, Austrian Schiwitz would get the race under way for the team, but was now right at the front end of the field, so was in a much better position to avoid all the opening lap carnage that he got caught up in at the second round. He made his enhanced track position count, and got a clean get away and managed to drive cleanly for the opening laps. Phillips was starting for LMR Red Dragon, and made the better start on the front row, putting his championship contending Corvette ahead of the championship rivals Limitless Racing Team. Phillips began pulling away slowly, while Patrick was holding onto the back of the LRT BMW. Mid-way through the first half of stint 1, Schiwitz made his move on Dany Gower for second position. He held that position until a mistake later on in the stint allowed Gower to find his way back through. The remainder of the stint, Gower managed to slowly pull away and Schiwitz ended the first stint in the position he started it, and was only 9 seconds off the LRT BMW. 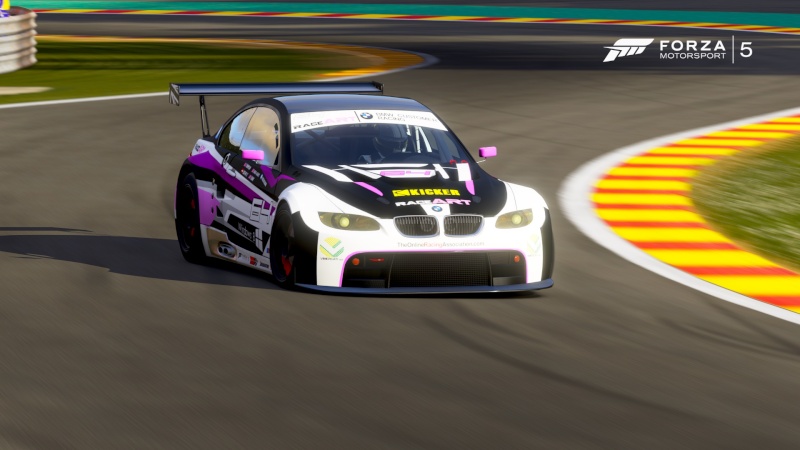 RaceART's star driver was next up in the car. Hayden Thompson had done the job he needed to in qualifying, but now a double stint faced him which would be a much greater challenge indeed. He quickly found his way into second position on the first lap of stint 2 after Stubbs looked at at Les Combes, running wide and gifting Thompson the position. This allowed him to get onto the back of Barring in the Red Dragon Corvette. From there, he fought hard to stay on the back of the American, and managed to provide a good race throughout. Towards the end of the race, Barring succumbed to the pressure applied by T|Thompson, and went off track through a mistake, costing him the lead. Thompson held on and finished the second stint in the lead, 2 seconds ahead of LMR Red Dragon.

Hayden stayed in the car for stint 3 as he was double stinting. After his efforts in stint 2, RaceART Competition had moved up into second position overall in the race, ahead of LRT. This meant Hayden would start stint 3 from second. It was Phillips and Gower that he would be up against this time around, so a new challenge for him after stint 2. The stint got away cleanly and Hayden held position in second for a large portion of the race. However, a technical issue forced him to stop on track, costing him half a minute or so. He still managed to recover to third place, but the delay meant RaceART Competition had dropped back down into third place.

Congratulations should also go out to RaceART Competition's latest trio of drivers. Logan Breakey, Trenton Jump and Matt Hummel. They competed in the final round in the team's Viper GTS-R that was last used in the 2014 Nurburgring 24 Hour race. They started in 12th position and finished there too, but after an eventful race, they can leave confident that with a clean race, a top ten finish was definitely possible for the North American trio.

Alex Davis-Loades would be doing the final stint, and with the team in third position and with  a comfortable gap to HCR Corse in the fourth place Ferrari. All he needed to do was bring the car home in a competitive time, and the podium would be RaceART's once again. His task was made slightly harder on lap 3 as he was hit by one of the Griptek cars at the Bus Stop Chicane, forcing Alex to pit. The good news was that the pit entrance was one corner away, the downside though was that if RaceART wanted to finish on the podium again, Alex would have to do the rest of the stint on one set of tyres. Despite this, competitive lapping meant that he would finish the stint in 8th position, a little further down than he would have wanted, but a great result considering his situation, and it also meant that he helped the team onto their second podium of the championship with another third place.

The championship started with difficulties for RaceART Competition, with the early doubt over the driver line-up ahead of Bathurst. Then after qualifying 15th and finishing 10th, RaceART looked a little wayward, but with two inspired races back home in Europe, the team have looked in top form and have been one of the top teams in the Pro GT Championship. The hope is that form can be taken forward into other series as RaceART Competition look to build on their strong start to 2015. The latest news is that there will be a one-off Pro GT race later in the year, prior to the release of Project CARS. The race is currently being decided, but RaceART Competition are sure to be there

Nice write up as always! Though I hit the wall like a nub on the last lap throwing away a 10 second gap

Great season guys! Also your write-ups are always a great read. Looking forward in seeing RaceART compete in more events in the future