RaceART Competition are back at TORA after a six month break since the team last competed, at the final round of the Rogue Motorsport Cup back in March. Since then, RaceART Competition have laid low and until now have not shown any since of getting back to what they do best, racing. However, with the arrival of the hugely anticipated Forza Motorsport 6 title for Xbox One, the team have got back to work and are now planning for the many series' that they aim to compete in for 2015/16.

And what better way to mark their return to online racing, than to do so in cars that take the team back to their early days. Back in 2013, the team raced in the LLBM V8 Supercars Championship, running two teams. Fielding four Ford FG Falcon's, they hit huge success, with the team finishing Second in the Championship, with lead driver Sam Evans finishing Third overall in a tightly packed field of over 30 cars.

With the 2015 TORA V8 Supercar Championship just around the corner, RaceART Competition will be continuing their links with Australia's premier racing series by fielding an all-new 2015 Ford Falcon FG X. Team Owner Evans will be racing, although there has yet to be confirmation as to whether there will or will not be a team mate. Initial shakedown tests have been successful, and the car is ready to head of to take part in the first round at Long Beach, on October 11th. 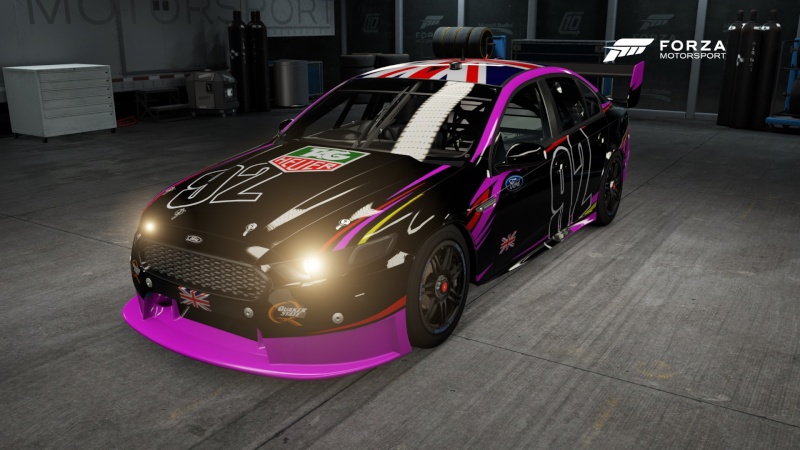 As always, updates and news regarding the team will be posted right here in the Team News section, or as before, via our Twitter feed, @RaceARTRacing