Remnant Racing, was formed just days after the amicable split of Black Bone Racing, a team which competed in many events across TORA. After RiverBlack JJ left the team on 25th March 2017 with nine other drivers. This left us with five drivers raining in the team. The decision was took by speedfreak106 and BoneFiend138 on the 26th March 2017 to reboot the team under the new name of Remnant Racing.

In this time the team have taken the opportunity to appoint new drivers adding XPR ChicaiN and gilsinger007, and have also appointed a new designer in the form of NITRONINJA36. All these drivers will team up along side with speedfreak106, BoneFiend138, isyoube and CarbonFiberYeti. The team will continue will old commitments in ASCC, NATCC, IndyCar and TASCAR. Along with entering into TEC and British GT.

We are also happy to announce that we have continued our official partnership with ForzaTune, however we can now announce three new official partnerships.
Beer Mogul Games, is a games developer of the Apex Race Manger and V8 Race Manger, both of these apps are available to download from the Google Play and Apple Stores.
SWP Images & Designs, this is a small company that specialises in motorsport photos, digital and cartoon drawings by their designer Samantha Wagstaff. We hope to see some interesting car designs to come as our partnership with this company develops.
Also JKM a well known garage based in Portsmouth, UK, specialising in MOT's and car repairs. JKM performance supports drivers in club racing in the UK.

Remnant Racings first official event will be the opening round of the British GT eSports Championship at VIR, where four of our drivers will contest in the Audi R8 LMS ultra, we also look forward to kickstarting the TEC season in the Corvette C7.R GTLM. 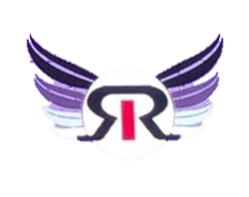 We look forward to competing in all of the series we are entered in and we hope to be challenging very soon.