Today at 0:56 by SSR CheekyChic

Yesterday at 4:28 by SGR ChaosFox

Yesterday at 2:23 by SFM Darkzer

Welcome to the 5th meeting of the 2019 Season of the British GT eSport Championship! For this round, we head to Belgium to the famous Circuit de Spa-Francorchamps.  Even though Spa might live in the shadow of its French cousin Le Mans, Spa is clearly one of the classic race circuits, and is beloved by drivers and spectators alike, known for its long straights and famous corners such as Eau Rouge and Raidillon.  In 2014, Spa became the regular non-British round in the series, tying in with the 24 Hours of Spa race the following weekend.  Circuits the the series use to visit during their non-British round include Zandvoort and Nürburgring.

Qualifying - Qualifying for BGT will be a timed session lasting 15 minutes.  Once 15 minutes has expired, racers will finish the lap that they are currently on before stopping on the back straight.  The pits will be open the entire 15 minutes for pit stops. Drivers that fail to complete a clean lap time will have their fastest dirty lap time will be recorded and placed lower than the slowest clean lap times. Remember that drivers should be/appear online 15 minutes prior to qualifying start, and should keep in-party chat to a minimal.

Race - This is a single race event.  The race will consist of 28 racing laps (1 out lap + 26 racing laps + 1 extra for results collection) for a total of 28 laps. Drivers are expected to be familiar with the rules and regulations come race time.

Pit Stops - There are 2 mandatory pit stops during the race. The pit lane will be opened after the second racing lap and will be closed two laps prior to the finish.  Drivers are reminded to respect the limitations of the pit lane, and to adhere to the painted pit in and out lanes.  Failure to do so here on out will result in a penalty.

Starting Procedure - The race will start with a typical 80 mph 2x2 Rolling Start towards the end of the warm-up lap. Remember that each row of 2 cars are not to accelerate to race pace until THEY pass the Start/Finish line.

Track Limits - For simplicity, as long as it is Forza clean it's legal.  Anyone who is consistently cutting portions of the track, like Radillon, will be heavily penalized.

Do GT4s race for 28 laps as well or their race ends when GT3 leader crosses the finishing line? 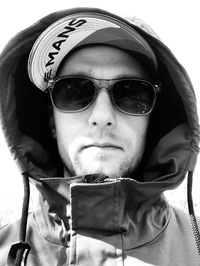 When the GT3 leader crosses the finishing line, then GT4's stop at the end of their current lap.  Just like it has worked the last round four rounds of the series.