» I Had a Dream - Real World Racing: Revolutionizing / New Track

I Had a Dream - Real World Racing: Revolutionizing / New Track

I Had a Dream - Real World Racing: Revolutionizing / New Track

As I've become more infatuated with motorsport, I've thoroughly enjoyed dreaming in the role of a racer/pilot/driver. Recently however, I've also gained an interest in understanding why motorsport is struggling. More specifically in the United States where driving is such a huge part of the large majority of folks lives, who don't live in a large city with public transport galore.
As with any industry, you have to change, adapt and innovate to stay relevant. Modern tracks in the U.S. are struggling and examples like Leguna Seca, suffer from a rather unsupportive local community that has significantly choked their abilities to put on events that allow people to get loud and enjoy the sport.

Being in the Appalachian region of the U.S., I've given much thought into the cost of buying land that would be geographically supported with natural sound dampening, but would also be relatively close (1-1.5hrs) to a major airport and growing city. Cost aside, how do you think the track could remain financially viable? What activities/events do you think could bring in enough interest and therefore revenue? I imagine the track as being more along the lines of a Nürburgring mixed with Sebring (roughly 5 - 10 miles in length).

I think the key focus is on Accessibility and Financial Viability.

*As golf was seen as strictly a "gentleman's sport", motorsports has remained with very high barriers to entry, now golf is much more accessible and played by millions!*

So I'm seeing two primary questions here and if I'm wrong then please correct me.

1. Why is motorsport as a whole struggling?
Motorsport is for fun. Things that are fun aren't necessary. So when you lose your job and need to cut costs, its the first to go. When enough people do this at the same time, the track or race team loses a good chunk of their funding and can no longer support itself. It's just how it is.

2. How can a track remain financially viable?
The simple answer is that it's not financially viable in any way you put it and if you try, then you will more than likely go bankrupt in the process. However, you didn't come here to be shut down so here's an optimistic answer without going super in-depth. Don't build it, buy a trace kthat's already been built and restore it. Old racetracks are stupid cheap compared to the start-up costs involved in making your own. There is also a new thing that's surged recently called motorsport country clubs. Pretty much they pay a yearly fee to maintain the track and in turn, they can drive pretty much whenever they'd like. Most of the ones I've been to at least appear to do well. It might be a good direction to look at. Remember what I said at the beginning of this paragraph though. 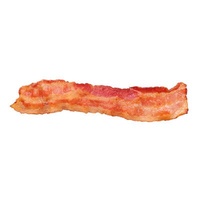 Foreverr BACON wrote:The simple answer is that it's not financially viable in any way you put it and if you try, then you will more than likely go bankrupt in the process.

Yeah I would totally agree, on the premise of trying to operate solely through the track's own business model. I see a track as needing to be a shared cost through multiple partnerships with businesses (local, national and global) as well as with educational institutions. I don't think a track owner alone could bring in enough revenue alone to offset expenses let alone make a profit (especially through normal track days/memberships). I can see however, engineering schools of nearby colleges and universities wanting to partner with a track to allow testing that they previously wouldn't have been able to do.

Thanks for the reply and adding your thoughts to the discussion!