Slider S15: For One Night Only!

Slider S15: For One Night Only! 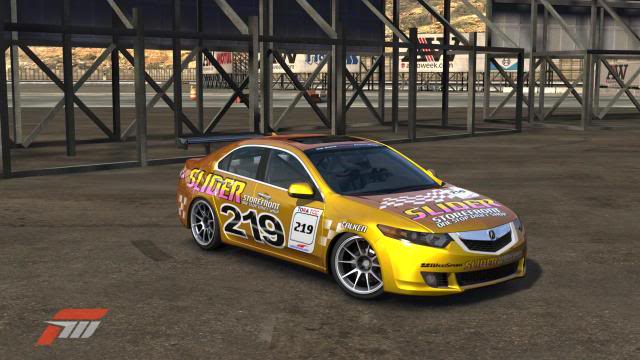 For one night Only TRC World Champion Slider S15 is returning to his spiritual home of the TORA Touring Car Championship this Tuesday night!

Slider is returning to the series that first bought him into TORA back in January 2009 and bought him great success last season. However outside commitments have sadly kept Slider away from TCC Competition this season, the first after the switch to Forza 3 which itself has bought him much success. 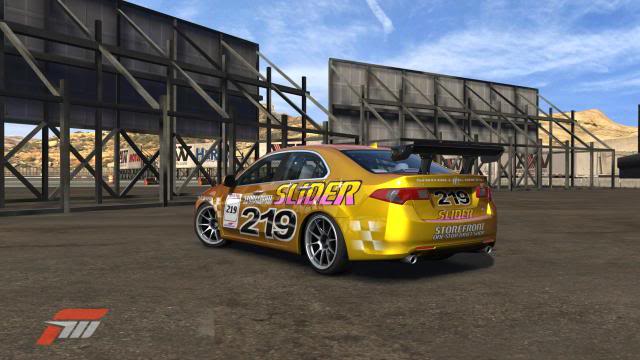 The weapon of choice for this one night blitz on the TCC is this SBR Developed Acura TSX TCC. The car is a test mule developed by SBR on behalf of Acura for a munfuacturer backed assult on the TCC. However the plans fell apart before the season began and the car was mothballed after it was used for homologation by TORA.

With Slider being the test driver during the project he's very acclimatised to the car already and really looking forward to getting back into the TCC and the great action it provides. 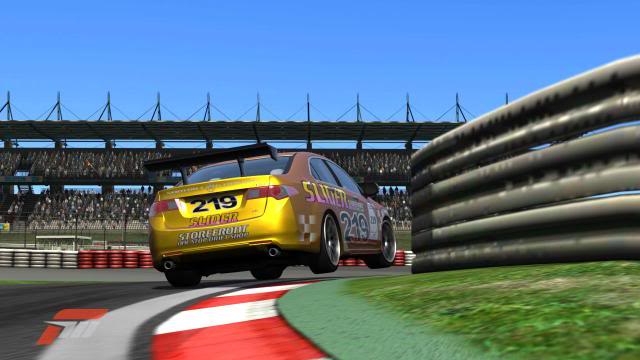 "It shows how much this means to me to get back to my roots like this, as you can see ive sponsored myself for this round with only input from Falken Tires (namely just giving me some free tires) and SBR allowing me to use their car." Commented Slider.

"After the TFD Successes of my personal operations (SBR Driftworks) and having personally built 4 of the Top 5 cars in the TFD Championship I felt it was time to bring My Storefront to the forefront and Advertise it in a different way from my traditional Demo-cars, especially with the 2011 paints starting to come in."

With Slider used to regular podiums these days it'll either be an awesome display or a dissapointment come race time, but dont expect him to hold anything back, and definately dont count him out as he takes up his spot at the 5th Seed in TCC 2010!

just hope im seeing it in my mirrors!